U.S. military mission in Afghanistan to end on Aug. 31: Biden 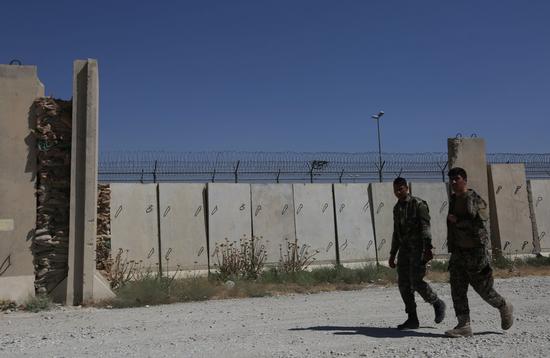 U.S. President Joe Biden said on Thursday that U.S. military mission in Afghanistan will conclude on Aug. 31, days ahead of his original Sept. 11 deadline.

"In this context, speed is safety," Biden said in his remarks at the White House. "Conducting our drawdown differently would have certainly come with an increased risk of safety to our personnel."

Biden in April ordered all U.S. troops to leave Afghanistan before Sept. 11, the 20th anniversary of the terrorist attacks that drew the United States into its longest war.

In defending the withdrawal, he noted that the U.S. military had achieved its counter-terrorism objectives in the 20-year war.

"We did not go to Afghanistan to nation-build," Biden added. "It's the right and the responsibility of the Afghan people alone to decide their future and how they want to run their country."

Biden reaffirmed that the United States will continue providing support to the Afghan government and planned to move Afghan nationals who worked with U.S. forces out of the country to wait for their U.S. visa to be processed.

"Starting this month, we're going to begin relocation flights for Afghanistan SIV (Special Immigrants Visa) applicants and their families who choose to leave," he said.

The Wall Street Journal last month reported that the U.S. intelligence community assessed that the Afghan government could collapse as soon as six months after the complete withdrawal of the U.S. military.

Biden rejected the collapse scenario on Thursday. "They didn't reach that conclusion," he told reporters, saying he had confidence in the capacity of the Afghan troops.

Meanwhile, the security situation in the war-torn country has deteriorated as Taliban militants continue heavy fighting against government forces and captured about 100 suburban districts out of the country's 400 districts since the drawdown of U.S. troops on May 1.

U.S. and NATO forces last week had evacuated the Bagram Airfield near capital city Kabul, handing over the largest coalition base to Afghan government troops.

U.S. Central Command said on Tuesday that the U.S. military had completed over 90 percent of the withdrawal. According to media reports, around 650 troops are expected to remain in the country to provide security for diplomats.

Most popular in 24h

LINE
Media partners: People's Daily | Xinhua | CGTN | China Daily
Back to top About Us | Jobs | Contact Us | Privacy Policy
Copyright ©1999-2021 Chinanews.com. All rights reserved.
Reproduction in whole or in part without permission is prohibited.